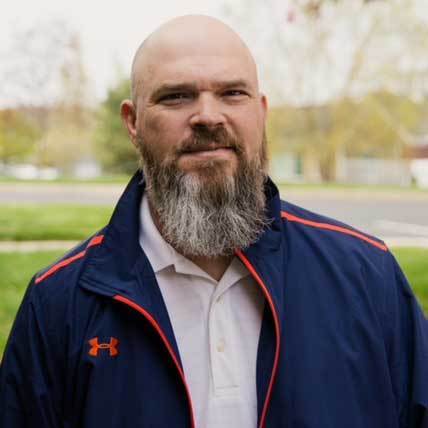 The Galion City Schools is excited to announce that alumnus Brian Owens will be joining the district as its new Buildings, Grounds, and Transportation Director for the 2022-2023 school year.

Owens, a 1993 Galion graduate, served in various positions as an airman with the 179th Airlift Wing of the Ohio Air National Guard for more than 20 years. He earned both a bachelor’s and master’s degree in Business Administration from Mount Vernon Nazarene University.

“I have been involved with the district for numerous years at various levels, whether it is as a parent, a volunteer, a coach, and a board member,” Owens said. “I think that my military maintenance experience can add to Galion City Schools’ efforts and mission.”

“I have been involved for such a long time and Galion is a district that I care so much about,” Owens said. “Angie and I both graduated from Galion, along with our kids, this is home and I feel that there is so much that I have to give and want to be part of the team that makes Galion the desired place to be.”

“We are excited to welcome Brian back into the Galion City Schools family in his new role as Buildings, Grounds, and Transportation Director,” Galion Superintendent Jennifer Allerding said. “His military experience, combined with his love for the district and Galion community, will help us be more efficient and effective when maintaining our facilities and in the safe transportation of our Tigers!”