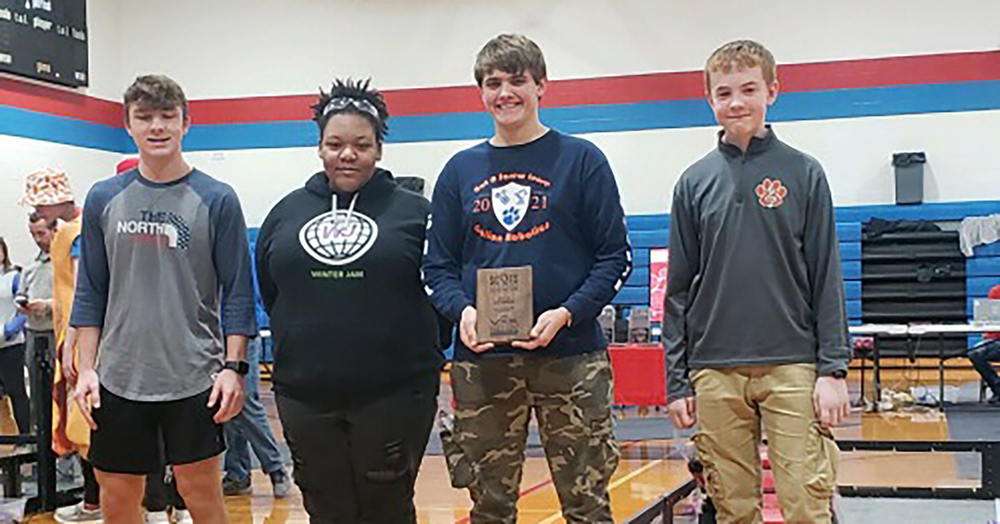 The Galion High School Robotics team has enjoyed great success during the 2021-2022 school year, including its first-ever invite to the World Competition in Dallas, TX.

The GHS Robotics Flagship team, “Got a Screw Loose”, won two tournaments, and two skills competitions, and qualified for the State Robotics competition for the third consecutive year.

“Our Flagship team is led by Matt Gimbel and Hayden Kaple, who are two of the original members of the Galion Robotics Club,” Robotics teacher Issac Keinath said. “This team was the inaugural MOAC (Mid-Ohio Athletic Conference) skills champion for the 2021-2022 school year.”

Gimbel, who is the Robot Engineer and Programmer for the Flagship team, is also the leader of the group, according to Keinath. Matt has spent countless hours building and programming the robot while also being a full-time college student in the engineering program at the Kehoe Center in Shelby.

“Matt set a goal for the team to win multiple events this year and qualify for the World Championship,” Keinath said. “His dedication to the robotics program has included mentoring younger teams, creating a robotics program for our Middle School ROAR program, helping the MOAC league with rules interpretation as part of its inaugural season, and being one of 11 international members of the RECF Student Advisory Board which governs our robotics competitions.”

Junior Hayden Kaple, an original member of the Galion Robotics Club and the Flagship team driver, spent hours during and after school practicing his Robot Driving Skills.

“Hayden’s dedication to learning and practicing his Robot Driving Skills has paid off big this school year,” Keinath said. “3 skills championships this season is proof of his hard work, focus, and dedication to his skills and his team.”

The GHS Robotics Teams competed in 5 regional competitions at Marion, Highland, and Newark this school year. The flagship team, which also includes Team Scout Missi Vonhoupe and Programmer Caleb Branham, competed at a Vex signature event at Kalahari Resort and finished in the top 16.

“Our Robotics teams had an absolutely outstanding competition season this school year,” Galion Superintendent Jennifer Allerding said. “I appreciate the long hours and focused work that Mr. Keinath and the team members put into every robot, every competition, and every season, and I’m excited to see what the future holds for the Galion Robotics teams!”